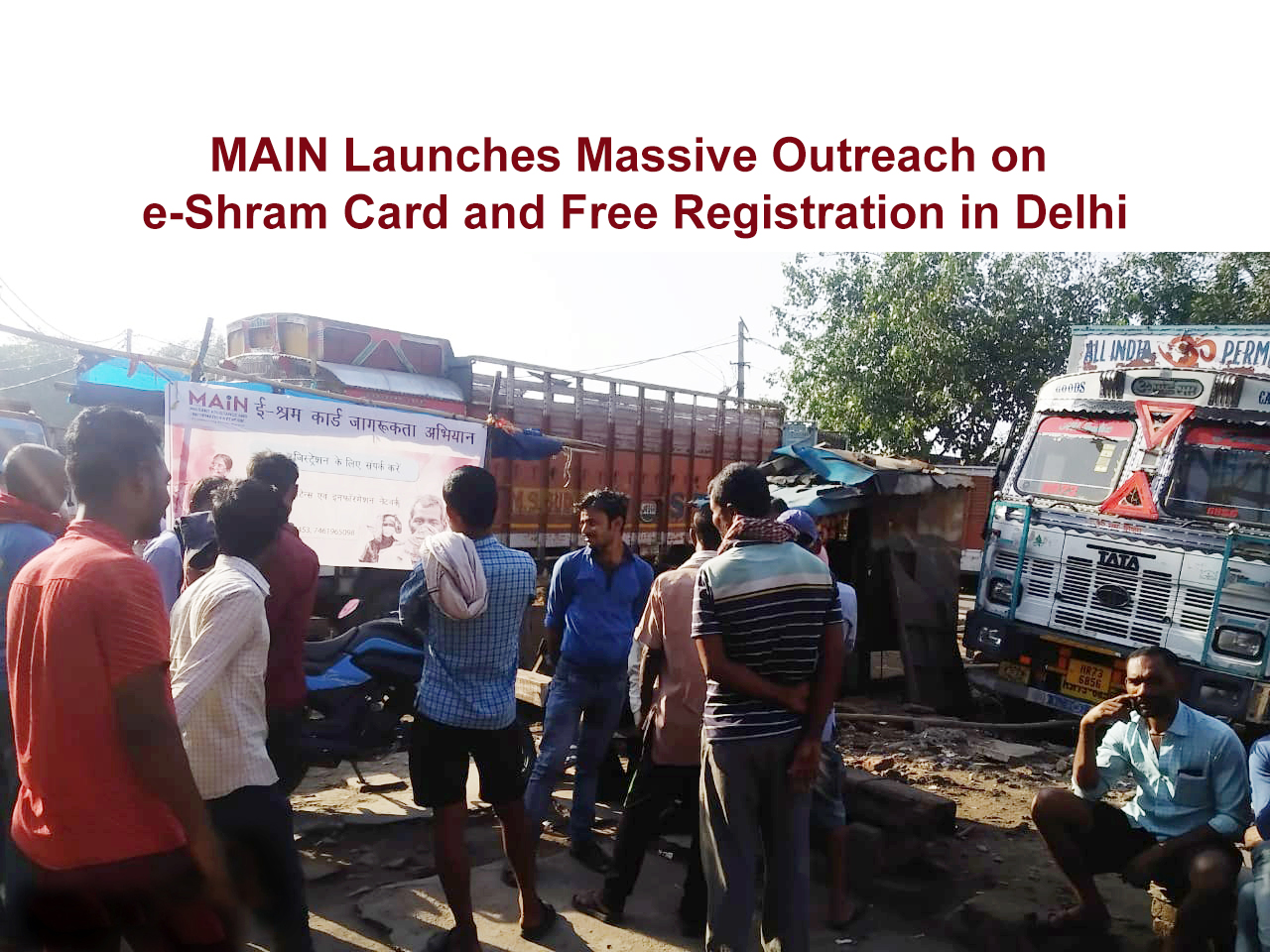 On 26 th October 2021, an awareness camp was organised at Golden Park Slum., near Ashokpark Main Metro Station, Delhi. The benefits of getting registered under e-Shram portal and the e-Sharm card, eligibility criteria for registration, required documents for the registration, etc, were shared with workers. The campaign team addressed the queries of people. Workers were excited about the campaign and registration, as the team provided for on-the spot free-of- cost registration, which otherwise amounts to not less than Rs 250 at various centres doing registration. The team reached out to more than more than 100 unorganised sector workers, who were largely migrants in the city.

MAIN has planned for a larger outreach among workers for greater awareness on -e-Shram card and get maximum unorganised sector workers registered under the portal over the next two months. Some of the locations for the awareness campaigns and registration include Jehangirpuri, Samaypur Badli, Azadpur, Punjabi Bagh, etc.

The e-Shram portal provides all the registered workers an e-Shram card containing a 12-digit UAN (Universal Account Number), and they can access benefits of government schemes even if they are working outside the state. e-Shram portal is indeed a significant step towards registering unorganised workers including construction labourers, migrant workers, street vendors and domestic workers, gig and platform workers, etc.  The initiative is considered as a major effort on the part of the government to recognise more than 40 crore unorganised sector workers in the country.